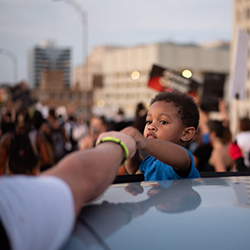 ABDUL AZIZ is a freelance photojournalist, filmmaker, and serial entrepreneur. For nearly two decades, he has worked to document conflict, war, social issues and culture spanning the globe from the Middle East and Africa to the far reaches of the Himalayas. His photos have been published by opinion leading news agencies worldwide. Most recently his work has focused on the rise of white nationalism in the United States and the removal of Confederate monuments in cities at the center of the debate, such as New Orleans and Charlottesville. Aziz is the 2021 recipient of The Louisiana Endowment for the Humanities' Documentary Photographer of the Year Award, which recognizes photographers whose work captures Louisiana’s history, culture, and/or peoples. With past experience working in Somalia and the Gaza Strip, Aziz has more recently trained his lens on the modern-day struggle for civil rights and racial justice in Louisiana. His photos of the tense scenes that accompanied the removal of Confederate monuments in New Orleans in 2017 and of Black Lives Matter protests across the state in the last three years document an often unflattering—but always critically important—moment in contemporary Louisiana life. 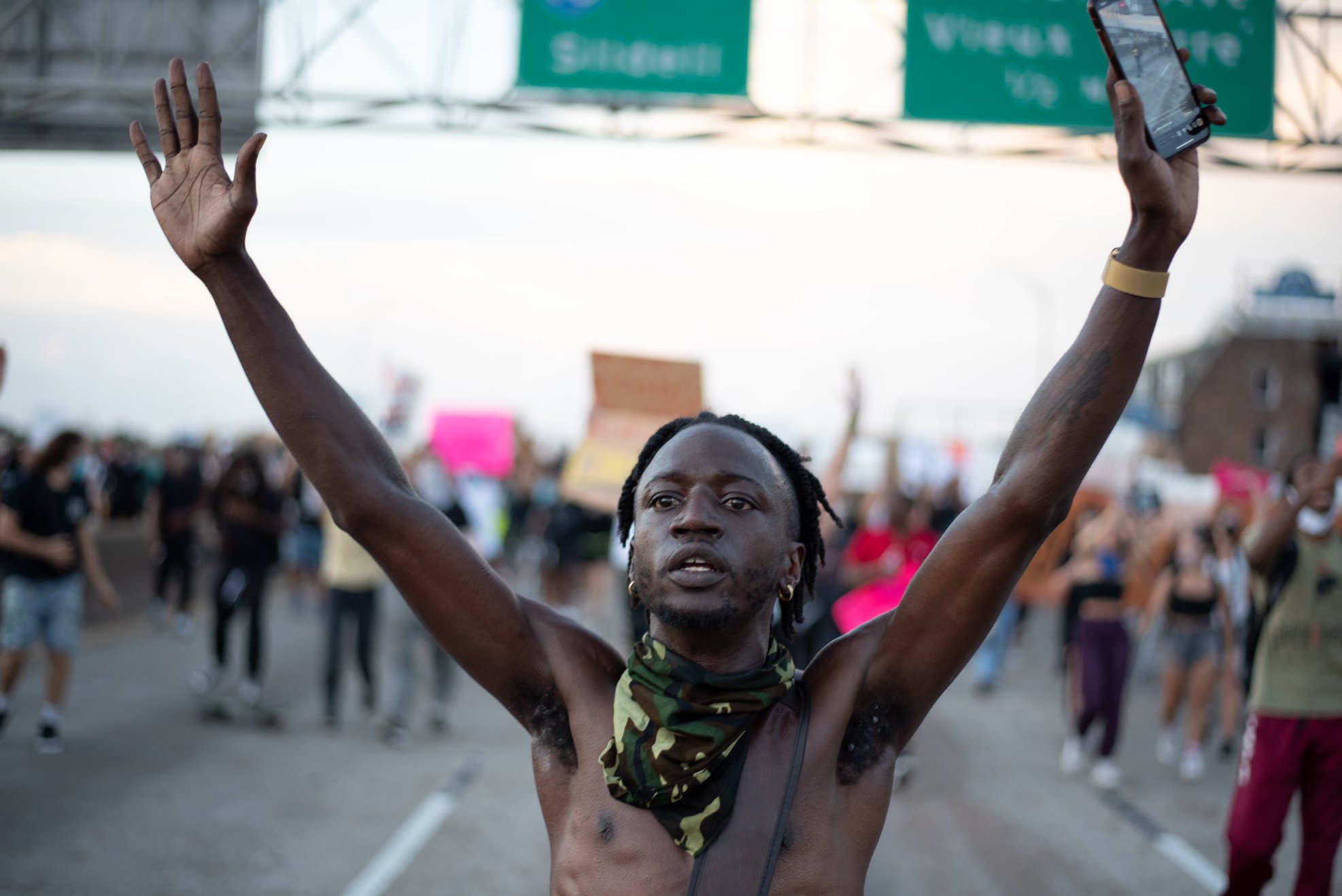 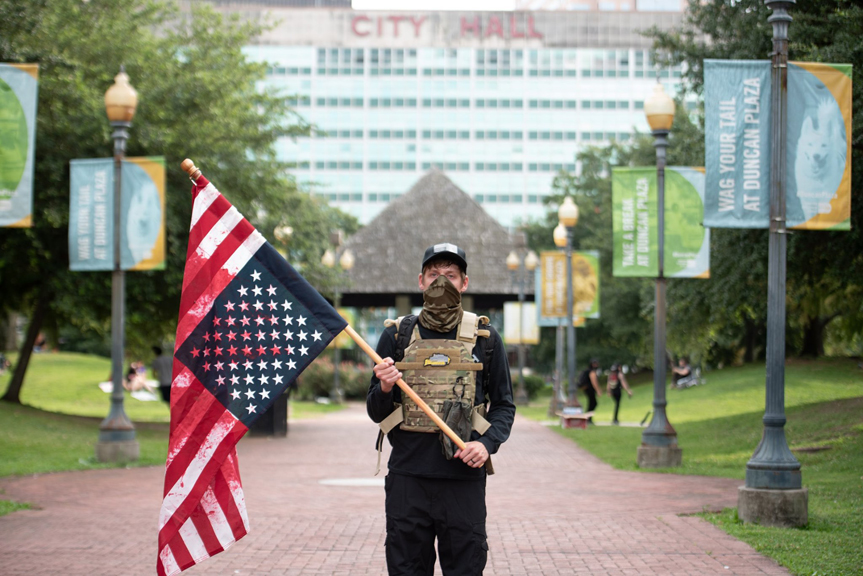 “In Memory of America” 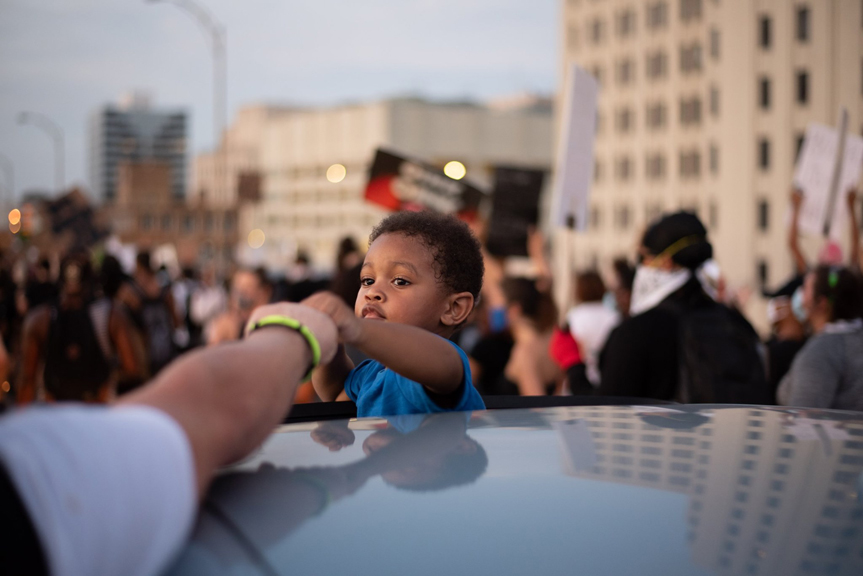 A young boy fist bumps hundreds of protesters who successfully took over Interstate 10 in New Orleans. Many of the commuters happily joined the moving protest at times leaving their vehicles in solidarity with demonstrators. 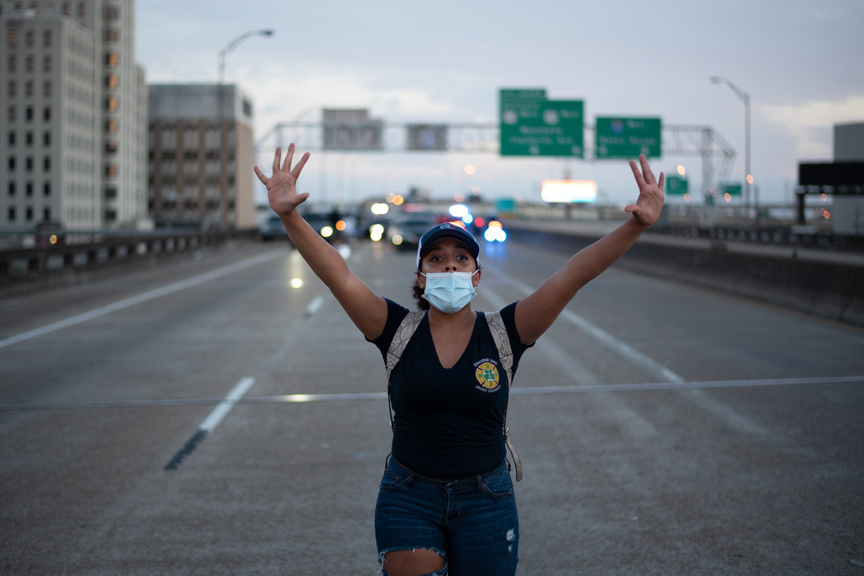 Dawn , an organizer with the New Orleans Revolutionary Front walks ahead of protestors on Interstate 10 before being joined by a massive crowd of thousands. 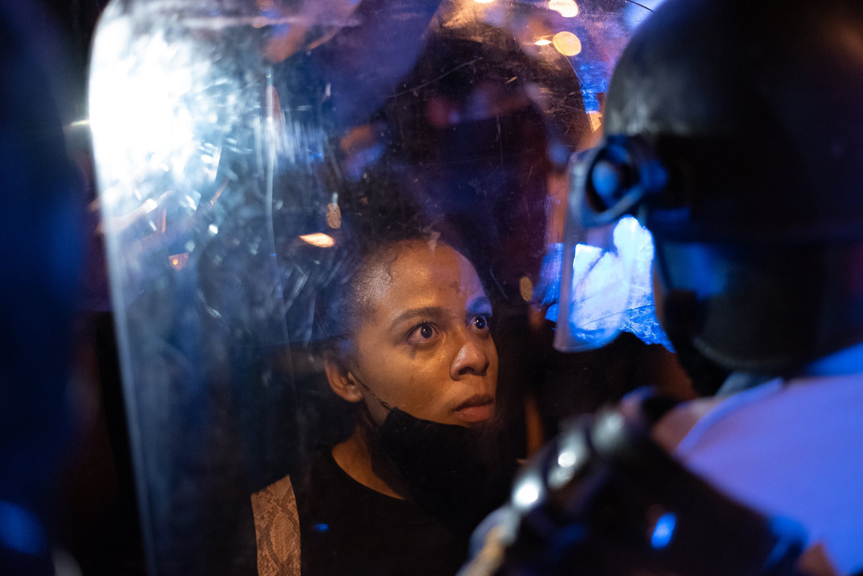 (in her words) “As we approached the line of police guarding the bridge that night, I could feel the unwavering determination of the crowd to meet the barricade and stand toe-to-toe with the militarized pawns of the state. I knew, as I came to a stop directly in front of an officer, our faces just inches from one another, that I had the strength to stand my ground alongside my fellow brothers and sisters who needed liberation as badly as I did. As I stared into the eyes of this officer, a spark of rage ignited inside me. Here we were, both black Americans, both subject to the centuries of oppression inflicted upon us by white imperialism, and yet he stood before me dressed in riot gear with a baton in hand, ready to protect the interests of the state just like the slave traders who used to patrol the ships to make sure their “cargo” was staying in line. 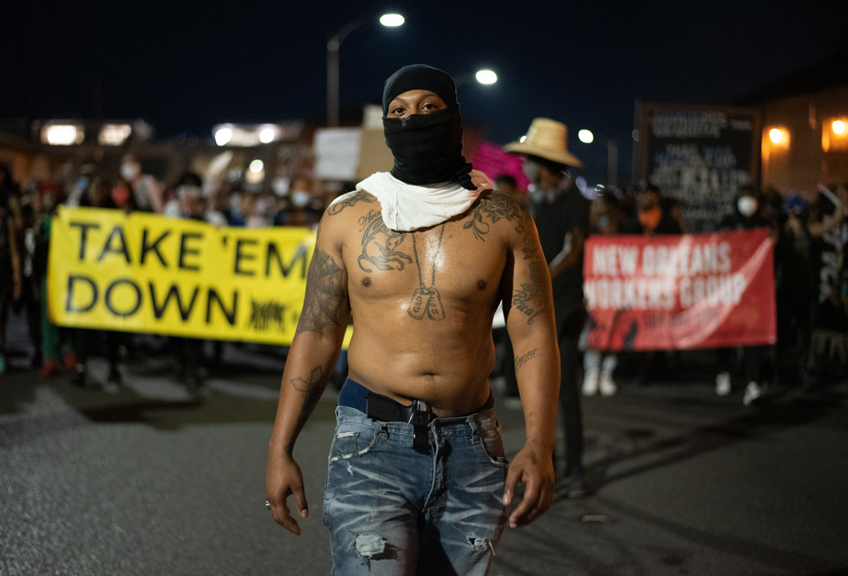 Caesar, an armed guard security professional escorts protestors and media through the streets of New Orleans in what may be the largest 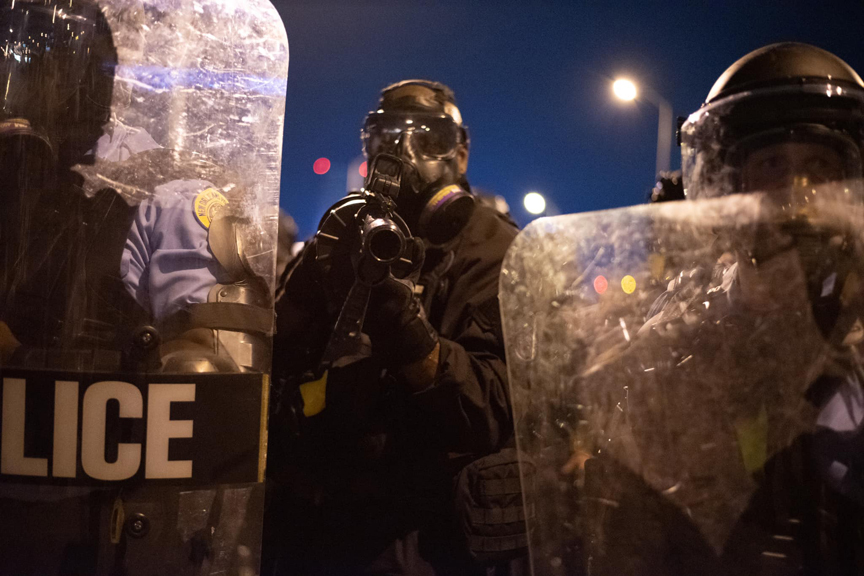 Police and protesters clash on the Crescent City Connection on June 3, 2020. Police used less than lethal munitions and teargas to disperse thousands of peaceful protesters leading to widespread condemnation. The officers repeatedly threatened to shoot me while taking these photos. 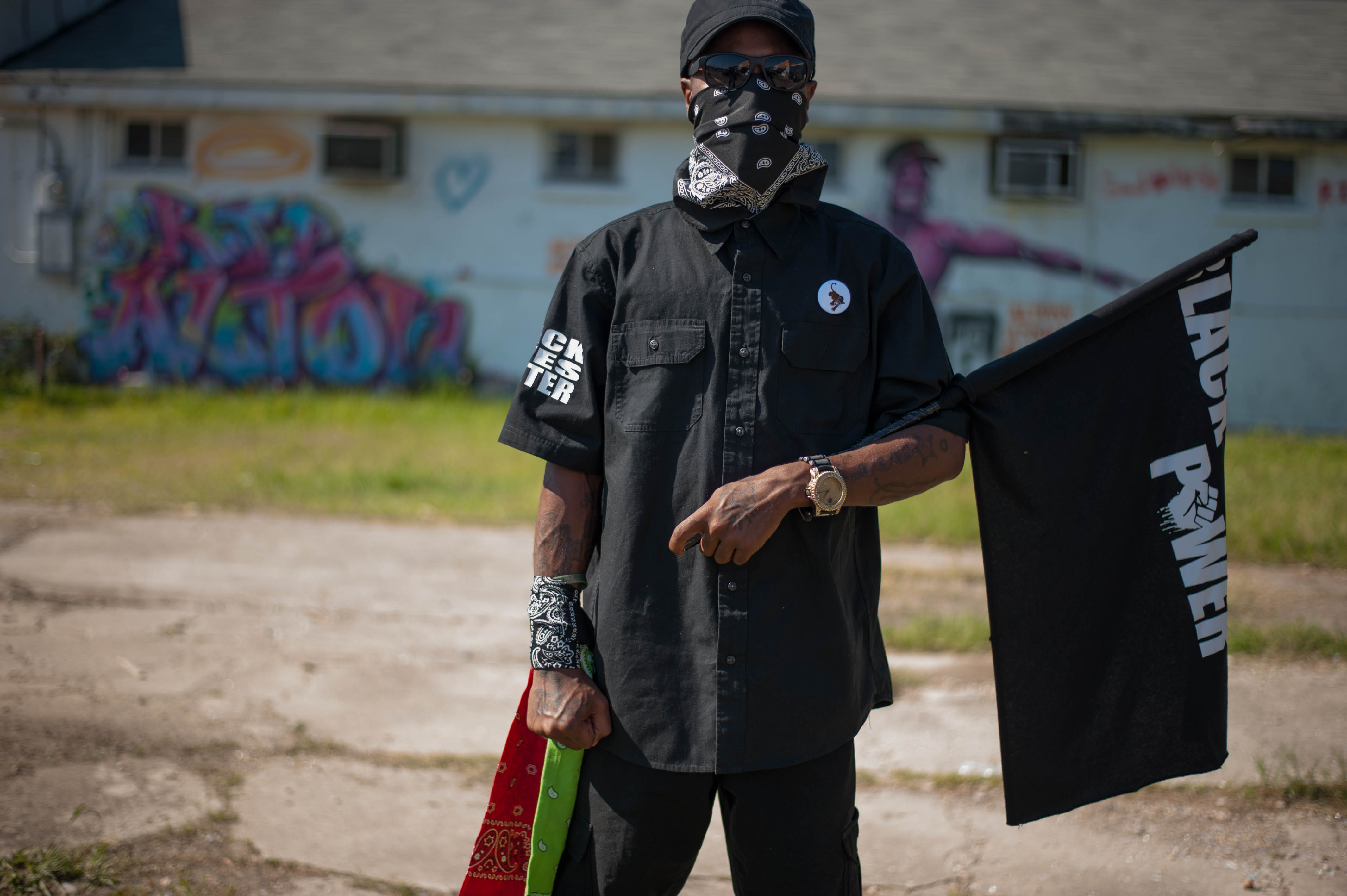