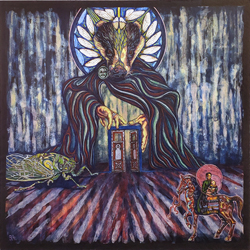 Josiah Daniel Gagosian creates work that functions as a spiritual and philosophical inquiry, adapting ideas from a broad variety of sources, from the mythic and literary, to the autobiographical. He seeks to harmonize paradoxical elements in service of higher knowledge and consciousness. Genealogical explorations of his unusual familial heritage (Ottoman Armenian refugees who had converted to Mormonism, Mexican-Americans from the Arizona border, Scandinavians, and Celts) have provided him with a wealth of photographs, religious and cultural motifs, and conceptual material. He views this personal examination as an idiosyncratic path to the universal, the limbs of his family tree branching through time and space to intertwine with the whole of human history. Combining both ancient and modern traditions, he creates esoteric liminal spaces in his paintings as a means of arriving closer to a truth that unfolds beyond the reach of material reality. He views his task as a mystical one, a divine, even futile, attempt to make work that serves as a vehicle to the other shore of human consciousness. Josiah was born in Pocatello, Idaho and raised in Idaho and Oregon. He completed his B.A. in English Literature and Painting at the University of Oregon in 2005. He completed his MFA at the University of New Orleans in May of 2020. 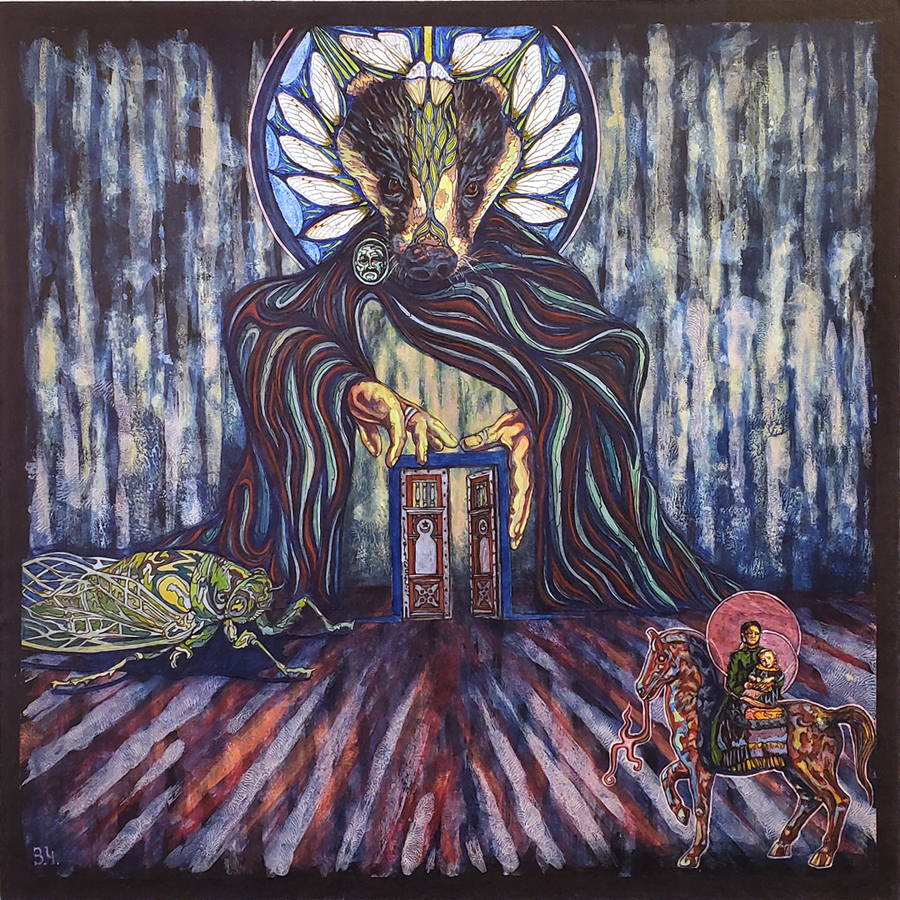 Badkeratadhg: The Burrow, The Door 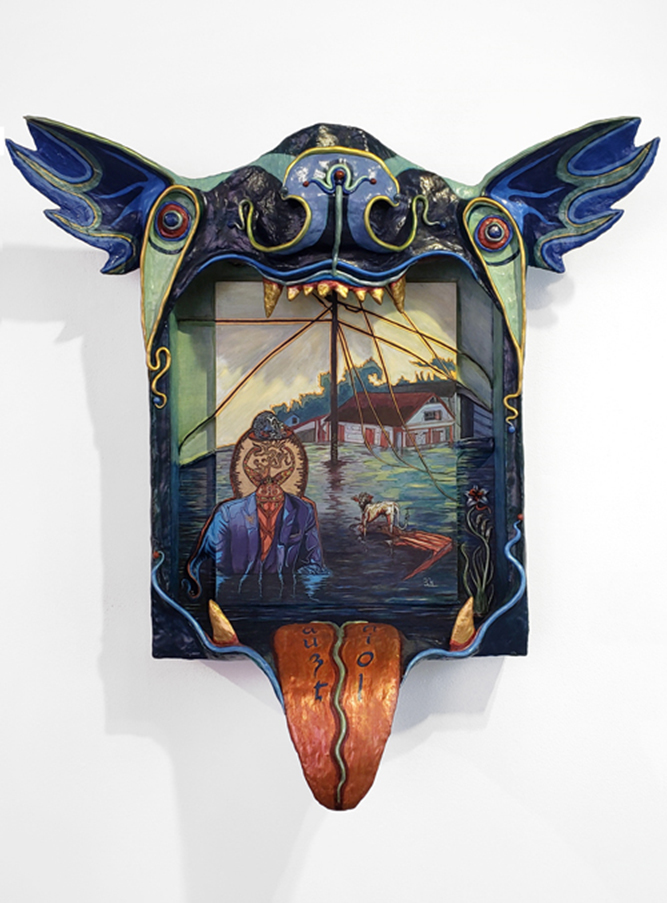 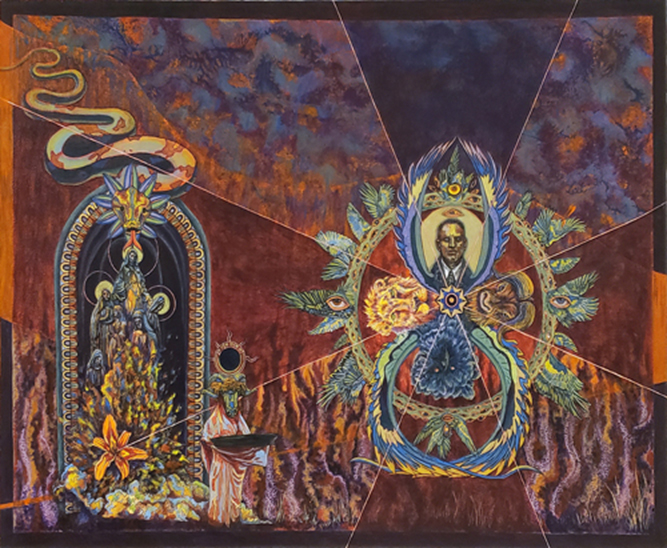 Rhazmatrisagyon: The Spiral, The Blade 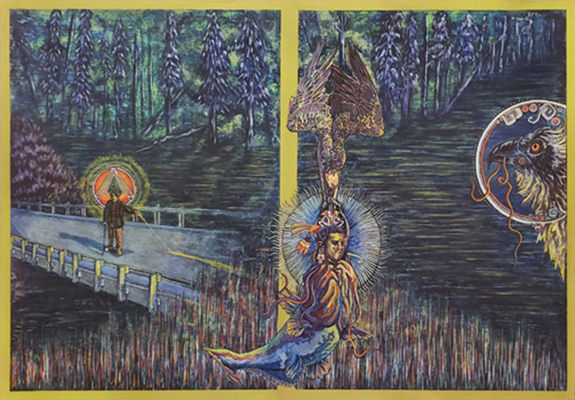 Tsugatlaua: The Osprey, The Fish 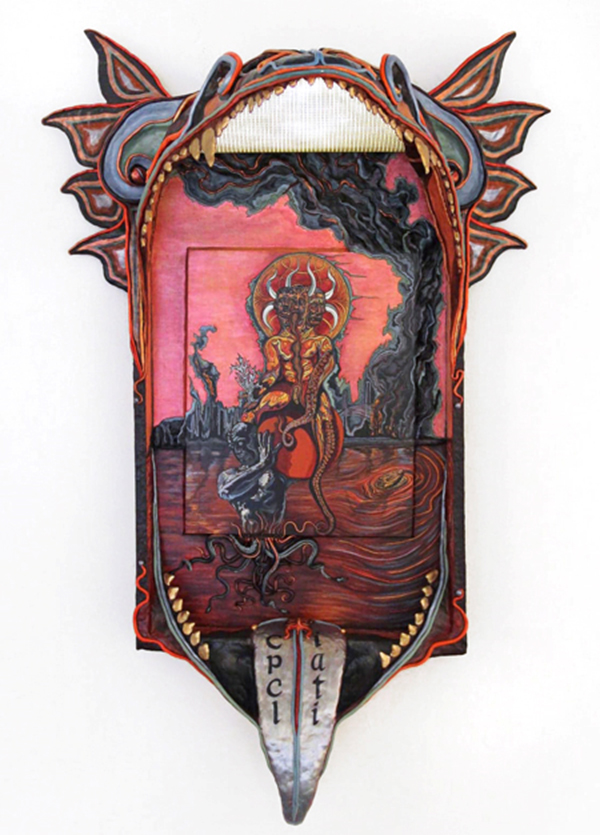 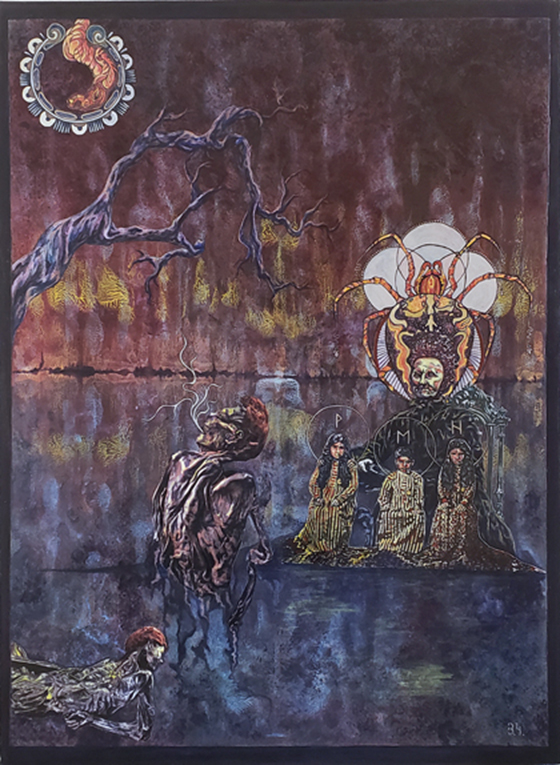 Mahvanaranya, The Spider, The Orphan 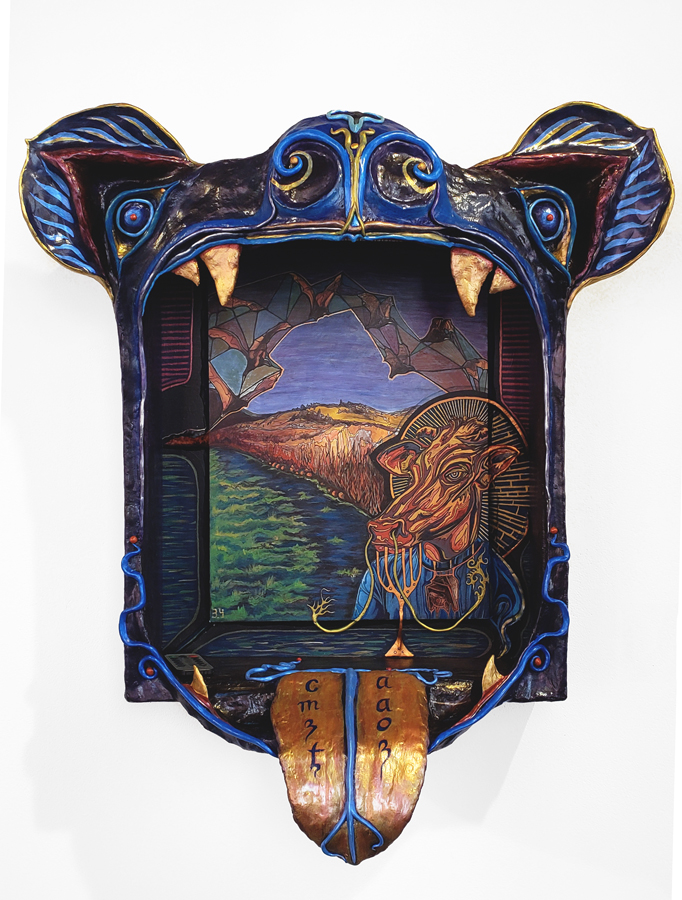 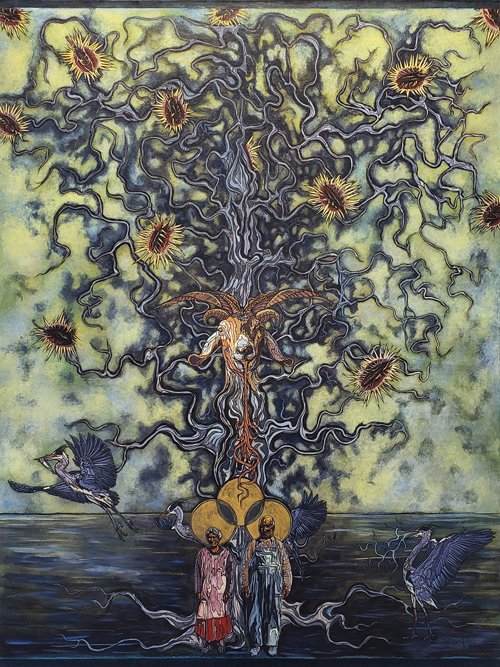 Paregamistadh: The Candle, The Horn